Introduction to the operation of the cooling tower

Cooling the water by using evaporative towers is a very energy efficient system. By forcing a small amount of water to evaporate, the temperature of the rest of the circulating water mass is reduced.

The amount of water evaporated to its maximum potential is, indicatively, 2% of the total circulating water mass. Therefore, the use of the latent evaporation heat allows to work at temperatures close to the wet bulb temperatures and therefore to achieve very low operating costs compared to cooling by means of chillers or tap water.

What happens to the water in circulation?

The cooling system of the cooling tower cannot be considered a completely closed circuit, as there is a direct exchange with the air, nor a completely open circuit as most of the water is recirculated.
Due to the evaporation of the water, it is necessary to provide an automatic supply system that maintains the correct water level.

In comparison with the replacement water, the water in circulation is mainly subject to the following phenomena that can change the initial quality:

Consult our cleaning and disinfiction system for cooling towers

Without proper management and chemical treatment, the circulating water would quickly lead to negative phenomena in the cooling system and would decrease the exchange efficiency of both the tower and the entire circuit.

These negative phenomena can mainly be summarized as follows

Incrustations, both generalized and especially on the exchange surfaces. It should be noted that the formation of a small film of dirt would insulate the exchange surfaces involved (which have a high thermal conductivity), suddenly reducing the efficiency of the system. Over time, the dirt would increase the film, until it became a thick, insulating layer, which would clog the fillers and the cooling tower.

Localised or generalised corrosion. In addition to occurring by direct contact with the cooling water, corrosion can also occur underneath scale deposits (under-deposit corrosion). This phenomenon is very dangerous for the system, as it risks damaging the equipment and therefore causing unscheduled cooling down time.

The development of algae and biofilms, which reduce the efficiency of heat exchange, can obstruct the steps and cause health problems. The guidelines now expressly require that the system be managed optimally from the point of view of controlling bacterial growth.

It should be noted that these phenomena increase their effect when they occur simultaneously. Therefore, in order to maintain a safe and efficient management in time, it is important to operate the plant in an optimal way with respect to all parameters.

How they perform proper water treatment

The aim of the treatment is to keep the water circulating within the optimum management limits, obtaining the best compromise between results, safety and management costs. Therefore, there is no “universal” treatment system, but different configurations and degrees of complexity are possible based on:

Chemicals substances dissolved in water are a challenge for the effectiveness: Discover this case of success

Functions of the water treatment system

To achieve complete control of the plant, the treatment system must primarily perform the following tasks:

As we have mentioned, it is advisable to equip the system with a pre-treatment of the water, such as softening or osmotization processes.

In general, the best compromise between results, operating costs and reduction of consumption is obtained through a suitable softening system that can totally or partially reduce the hardness of the water, thus allowing for more intense cycles of concentration.

In this way, it is possible to reduce water and product consumption and, at the same time, thanks to the higher concentration, to obtain more effective protection of the system and increase safety against negative effects in the event of failure of part of the treatment.

The following graph compares the general water consumption, taking into account hard, soft or osmosis water. It is clearly shown that a lower total water consumption is obtained by using soft water. This is achieved due to the good concentration ratio that can be obtained and the low water required for resin regeneration. 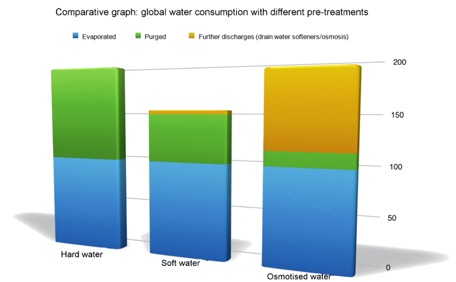 In contrast, the osmosis water supply solution is theoretically optimal if only the water volumes in the tower are considered. However, the substantial impact of the wastewater due to the osmosis process brings the overall consumption closer to that which can be obtained from hard water.

With regard to the osmosis water supply, the significant consumption of electricity and anti-precipitants must also be taken into account. Therefore, the use of osmosed water in a tower is only advisable when it is technically necessary and indispensable.

The water concentration factor of the circuit is the ratio between the water for replenishment and the water purged from the system and directly influences the quality of the water in the circuit, its consumption and chemicals. It depends on several elements:

The most important are undoubtedly the quality of the water supply (strongly influenced by the pre-treatment), the operating conditions and the type/quality/quantity of conditioning products used. In general, if no specific limits are established for the plant, the concentration factor must allow the salts present to be kept in solution, avoiding their precipitation, taking into account the elements mentioned.
For information purposes, the achievable concentration factors, under average conditions of temperature and water quality, are between 1.5 and 2.0 times for hard water, between 2.5 and 3.2 times for soft water, and between 5.0 and 8.0 times for osmotic water.
The waters in the area are very different from each other, therefore, it is not possible to define a management line as unique and unambiguous. Therefore, an overall assessment of the system should be made to determine the best approach.

One aspect to consider when choosing the type of supply is also the consumption of conditioning products, which significantly influences the plant’s operating costs. A comparative chart of the various solutions is shown below:

The graph shows that the use of soft or osmosed water results in a significant saving in total chemical quantities, compared to the use of hard water. For information purposes, if hard water is used in the circuit, the treatment system as a whole will be more focused on reducing the fouling factor, compared to the corrosive effect due to water in the circuit, and vice versa if soft or osmosed water is used.

Cooling solutions in all sectors

The installation and optimal management of a suitable treatment system guarantees stable operating conditions for the cooling system and high time efficiency. Thanks to the automatic systems provided, a better management of the cooling tower is possible with a reduced operational effort.

By properly evaluating the specific requests of each plant, it is possible to foresee the right management system, with different degrees of complexity, to allow the required performances at an acceptable operating cost.

Despite the higher initial cost, the adoption of more comprehensive treatment and pre-treatment systems reduces the system’s operating costs. Therefore, they are always recommended when the average thermal capacity of the plant begins to have a high impact.

Download the Guide to water treatment in cooling towers

filling in the following form or 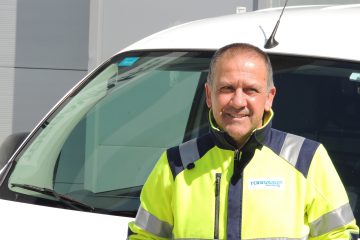 Today we interviewed two technicians from Torraval experts in cooling-towers maintenance. They are the ones who know the most about the proper care and maintenance of cooling towers. They clean, inspect and check them to Read more… 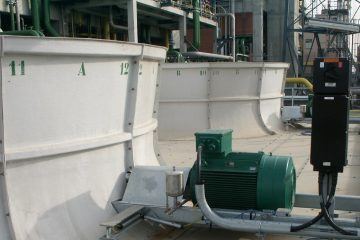 You can reduce electricity consumption in your cooling tower 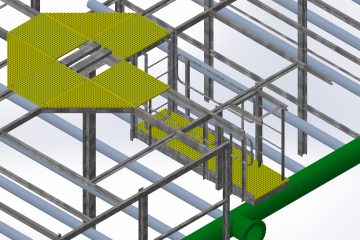 REVAMPING TO IMPROVE COOLING TOWER ACCESSIBILITY To keep cooling towers in good condition, maintenance and revamping are essential. The first step is to regularly monitor and inspect certain elements of the tower. In order Read more…