Revamping of ArcelorMittal cooling tower in a record time

Due to an increase in the production of its plant in Sagunto, the iron and steel company, ArcelorMittal decided to refurbish the old cooling tower with a revamping. It was a tower of a single concrete cell, measuring 15 x 19 meters. The lack of maintenance had deteriorated markedly over the years, so its revamping was considered a quite complex work.

The rehabilitation of this concrete cooling tower was awarded to Moncobra, EPC Contractor, initially awarded this job to a company of refrigeration solutions, i.e. the supply of materials, supervision of assembly and engineering tasks. A few months later of the award to such company, the contractor and due to the unfulfillment of the terms agreed upon, was forced to terminate this contract having already consumed a large part of the execution period without justifying any progress. Then it and was awarded to TORRAVAL.

To comply with the required deadlines and with the technical aspects specified by ArcelorMittal, Torraval takes up the project with great flexibility, taking charge of the design and storage in record time of the material for the rehabilitation of the cooling tower.

In addition, a study would also be carried out to guarantee compliance with a thermal program that is more demanding than the previous one, taking advantage of the existing mechanical equipment.

The items supplied were the following:

The works were fully completed in time so that the fully revamping project was in service on the requested date. Torraval accepted the challenge and made his best through an exhaustive planning of both works and visits to ArcelorMittal plant in Sagunto for its correct coordination.

Moreover once studied the thermal program, it was possible to further reduce the cooling temperature, considering the extra challenge of keeping the existing mechanical equipments.

BENEFITS FOR THE CUSTOMER

fill the formular or 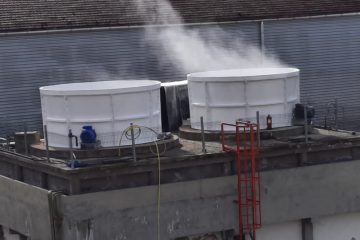 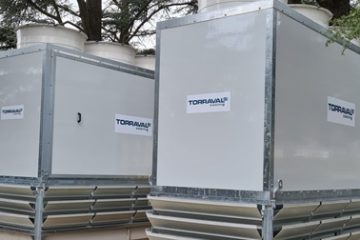 Cooling towers combined with chillers are one of the most widely used air-conditioning systems in large buildings such as hotels, hospitals, shopping centres, etc. Operation of these cooling installations starts with water leaving the evaporator Read more… 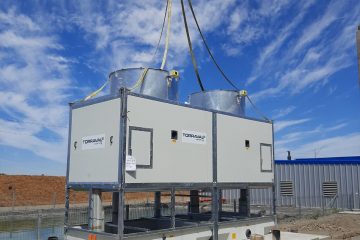